sung in the style of C&C Music Factory

i need some new music for my ipod.
this from a girl who has thousands upon thousands of mp3’s on an external drive…

but i do.  i need some new fresh music….well at least new and fresh to me

currently there are three songs that get me through at the gym – well there are more than 3 songs i listen to but these 3 are my favourite.
they make me happy and pump me full of energy
but lets face it…i want more
i always want more!!!

right now i am in love with:

A Kiss With a Fist is Better than None by Florence and the Machine.
a very inappropriate song (just read the lyrics) but hey – it does the job and makes me grin.  i am not too sure what that says about me – but whatever!

Rumour Has It by Adele.  if you can sit still through this song you have a serious problem.
this song makes me deliriously happy and makes me look like an idiot while i am doing my cardio.  i don’t care.  and you know why?  i love Adele.  she makes me happy…she turns me into a crazy cardio fool.

Gonna Get Over You – Sara Bareilles.  hello – need i say more?  i could be in the most miserable mood and as soon as i hear the first note to this song…my world is all rainbows, sunshine  and kittens.  again, i look like an idiot – but i don’t care.  and you know why?  cause i love her.  big love.  Sara contributes to my good health and weight loss insanity.

these songs rock my socks in a huge way.

so what rocks your socks?  what music do you listen to when you work out that gives you that extra push…and makes you happy.
share with me please.
i am going to spend some time filling up my ipod with some ear candy – to pump myself up for this Couch to 5K training.
yes i said it…as soon as i find my balls.
cause i am still a little scared…but i think i am almost over it.

so a little musical distraction would be wonderful.
what say you my fellow bloggers?
help a sister out!

and now…click here for more awesomeness!!

The Couch to 5k Training Plan

wow did i ever have some dreams last night.
oddly enough i remember them too.

but this is the one i wanted to share here…

in my dream i was getting ready to go to the gym.
i got dressed and started walking.
all of a sudden i end up in my home town and i am wearing running gear…with a # on my chest – like i was getting ready to run a race.  oddly enough the number was 18.
there were people everywhere, and i mean thousands of people all around but it didn’t seem like anyone noticed me.
and so i started to run….and kept running.
oh and in my dream – i am in my 16 year old body…but am the age i am now.

i ran down familiar streets – significant streets actually.
places that meant something to me growing up
everyone was cheering me on…but no one was watching…

not sure if i ever talked about this over here..but when i was a kid, i loved running.
then….i got hit by a car…at the age of 16.  or was it 15?  oy, my memory is bad!!!
anyways…
i never ran again.
i was on a bike when i got hit, but the car hit my left leg…and i was down…and he was gone –  after he took the time to yell at me for scratching his car.

i went for physiotherapy…but my legs were never the same again. (although he hit the left leg…i landed on the right one and injured that one too)
i also just naturally have two weak ankles…so that doesn’t help.

a couple of years later…i again was on my bike…and was hit.  this guy took off like a bat outta hell.
let me also clarify that both of these times…i had the right of way…i was obeying the rules of the road.
and also let me tell you that my boyfriend at the time got mad at me for getting hit by a car…and i had to go to the hospital all by myself.  imagine  lol.
(he wasn’t my boyfriend much longer)

anyways that time was even more serious…and i was on crutches for about a month – 2 fractures in my leg and my leg literally torn open from the car tire.

my bike was destroyed – obviously… and so my parents actually bought me a new one.  2 weeks later my bike was stolen.
i took it as a sign that i was just not meant to ride a bike.
and i haven’t since.
so it’s probably been 17 years that i have owned a bike.
i am too terrified to own a bike – but sometimes i wish i had one, just to ride the trails around my place…
anyways.
there is the back story as to why i stopped running.

for a long while i have been thinking about running.  i get all the updates on facebook from the Couch to 5k….i follow it religiously.  and of course my fellow blogger friend M – it has been very inspiring to read and follow her running journey…
and so it makes sense that it’s been on my mind.

but where do i find the time????  i am already over booked in my life as is…i just don’t know what parts of my days i can let go of to make room for something new.

and i am scared.

even running across the street is scary for me.  i have landed on my face because my ankles just give out – or they lock right up.
and that’s just running a couple of steps.

and it kinda bums me out…because lately it’s all that i can think about.
i remember how much i loved it and how sad i was when it was taken away from me.

maybe it’s a sign – this dream…to face my fears
to just do.
maybe it’s telling me just go – give it 15 minutes.
i mean i will never know unless i try…and if i fall down – well…it makes for a great blog yes?

i found this Beyoncé cover – and i just had to share…’cause sharing is caring!

this girl makes me smile…so here’s to hoping it makes you smile too.

the day-cation is officially over.
funny how when you are having a great time… time passes so quickly!!!

it was a great weekend.
sigh
and it’s over
a very expensive weekend – but you only live once!
see my new stylin’ hat?  i know the picture sucks but look at my bee-utiful hat!!!! 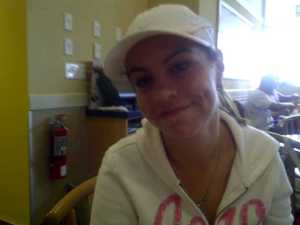 it was such an American weekend lol

a few years ago they got rid of all of the Outback restaurants in Canada.
i was devastated.  i loved the Outback!!!!!!
so as we were driving to our hotel to check in – what do we pass?????
AN OUTBACK!!!!
within walking distance!!!!
craaaaaaazy

it was an amazing weekend.  lots of walking, laughing, eating…and wine 🙂
it was purrrfect.
i am glad we got to walk around and take things in – burn off dinner…take in the view.

i’ve been there before…but each and every time i go, i see through new eyes.
i have amazing memories and not so amazing memories of that place
but each time i go…it just keeps getting better and better – this is one of the pictures from the hotel.  not a bad view huh?

For breakfast we went to IHOP
again, i didn’t think we had IHOP’s in Canada…so of course we just had to eat there
i had strawberry banana pancakes
i thought i died and went to heaven…and then so did my belly.  i could not eat all of it…tooooooo much!!

wow – by Sunday my poor belly looked like i was 4 months pregnant.  i wish it didn’t dislike carbs so much!!!!!

I have lots of pictures and videos…but none that i will share here..although i gotta say, the videos are so awesome that the whole world should witness them…especially me belting out adele –  rolling in the deep lol

i’ll save all that for the blog next door.

no gym for me tonight…no time – apparently the hotel i stayed at had an amazing gym -alas i did not see it!!!

this being an adult stuff is for the birds.  i just wanna play!!!! 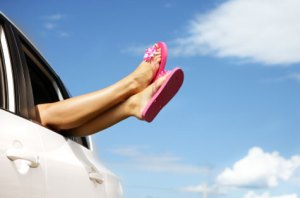 i am running away
no, not forever…one could only wish

i am looking forward to not cooking dinner, not doing laundry, not walking a dog, not going to the gym, not waking up at some god awful hour –  not being a responsible adult for a little bit.
i am going somewhere where i will be taken care of…
where the only worry i will have is what restaurants to eat at and if they have that top in blue
yesssss….there will be shopping!!!!
maybe i will find the dress there unexpectedly too!!
where someone will leave chocolates on my pillow and make my bed
i will get some exercise in…what with all the shopping and site seeing 🙂
yay me!!!!!
i cannot wait!
ohhhhhh and there may just be swimming – better pack the bikini just in case.
(and if you are reading this jm, you may even get a skivvie pic outta this trip lol)

i love nothing more than getting into a car and road trippin’  it…singing songs at the top of my lungs, smiling ear to ear..with my feet on the dashboard sippin’ on my iced coffee – and of course amazing company! (that’s probably the best part of it all)

Have a most amazing weekend – i’ll see you on the flip side!

i get quotes sent to me via email every single day…
about 10 quotes a day.
i couldn’t tell you how many quotes i have saved or written in a journal.

this one came to me yesterday…and it stuck…

it’s simple and true….and applies to everything and everyone…and so i wanted to share.

i decided to try out a new recipe last night

I found a recipe on-line for Bruschetta Chicken Casserole.

it’s a little higher in carbs but it’s not so bad if you are careful with your portion size.

here was my dinner…and it was delish.  and yes…i am totally on a green bean kick lately

when an abled body person would prefer to stand and wait

yes five minutes for an elevator…

and then they get on and  they press floor #2.  they could have taken the stairs at least twice in that time period

that  seriously makes me mental.

that is all.
as you were.

do you think a tv advertisement could trigger an eating disorder?

i read an article on yahoo today.  a commercial was pulled from tv because they were worried that it may “trigger” an eating disorder.

i am not too sure how i feel about this.

here is the commercial:

personally…i found it rather amusing.  the way the lady is justifying eating a piece of cheesecake.
don’t we all do that???

i assure you i do not have an eating disorder.

my head is still too jumbled up to be clear on this…so what say you?  what do you think of the commercial?

Here is the article i read on yahoo.  click here to read.

blast from the past

the journey to a smaller bee